It is Valentine's Day and Paul is very nervous. He has brought along the card he made for Danny. Will his friend be happy about this? Paul's thoughts are circling around Danny possibly saying "no" to his question, and he is becoming more insecure by the second. 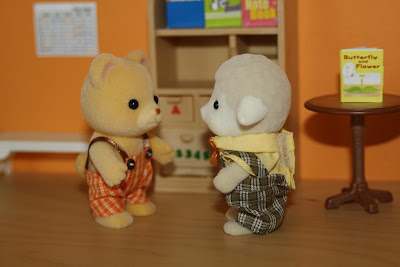 Finally, Paul sees his friend enter the classroom and welcomes him.
"Hi Danny!"
"Hello Paul!! How are you today?" 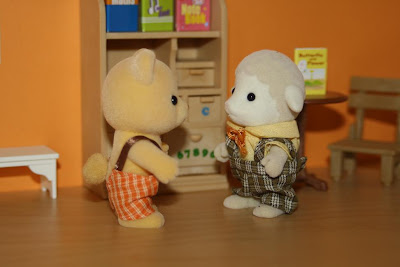 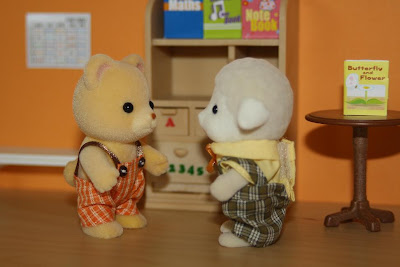 Paul's knees start to get wobbly, but he takes together all of his courage and says, "I've brought you something for Valentine's Day..."
"You have??" says Danny. "That is so cool. I have got something for you, too!" 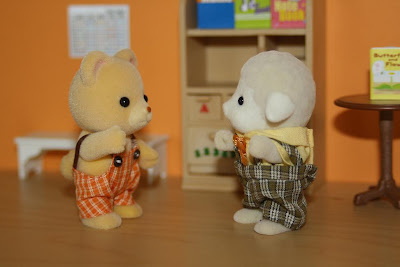 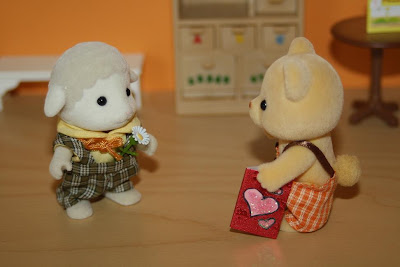 A minute later the boys meet again at the back of the classroom. Paul is holding the card he made and Danny has brought... a flower! 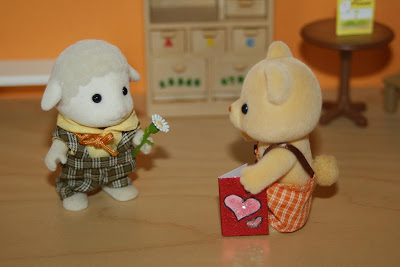 "This is for you..." Danny says coyly. "I thought that maybe you liked flowers too, so I picked one for you this morning." "Thank you!" exclaims Paul. "I do like flowers. It's so pretty..." 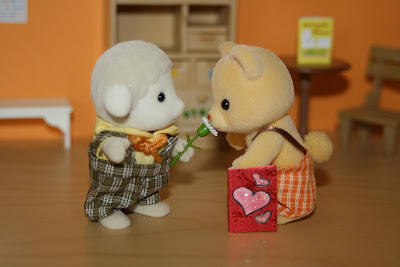 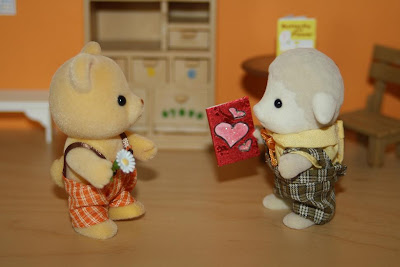 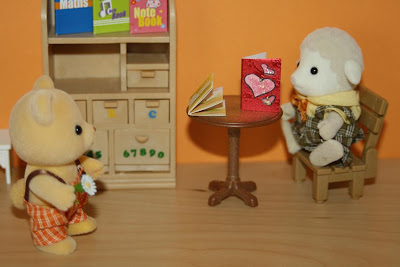 Danny is sitting at the table at the back of the class, quietly reading. Suddenly he exclaims, "No, I do not...!" and Paul's heart sinks. His chin starts to quiver and he has to try really hard to keep himself from crying.

Finally, after what seems like ages to Paul, Danny raises his head to look at him and says, "I do not want to get a Golden Retriever. Mommy always says there are countless homeless animals at the pound. We should get one from there, no matter what race. Don't you think so?"

Secretly, Paul dries away the tear in his eye and says, "That would be fine with me. I guess you are right, and it doesn't really matter what breed the dog is, as long as we give it a good home."

"Oh and about your other question..." 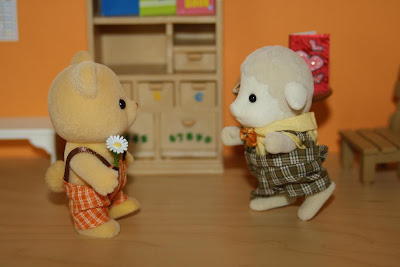 "...My answer is yes! I would love to be your boyfriend!" Danny says, jumps up from his seat and runs toward Paul... 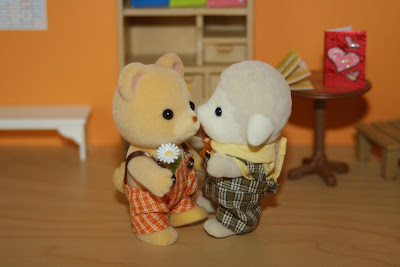 ...to plant a big kiss on his cheek!!!
Paul cannot believe his luck and feels like he's on cloud nine all day long. 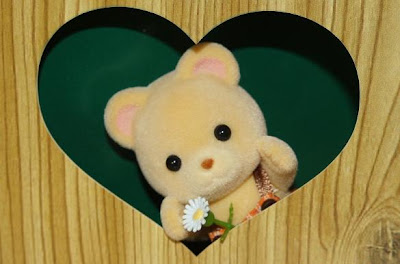 At the Schaefer's home, later that afternoon... 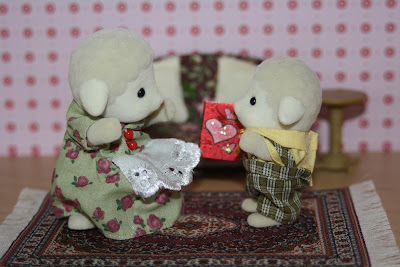 Danny proudly presents Paul's card to his mother.
"Mom, Paul made this card for me, and he asked me if I wanted to have a dog with him and if I wanted to be his boyfriend and I said yes!"
"Oh my, that's wonderful Danny! I can't believe though how fast you kids are growing up!! Already starting to fall in love and making plans for the future!" Danny blushes. 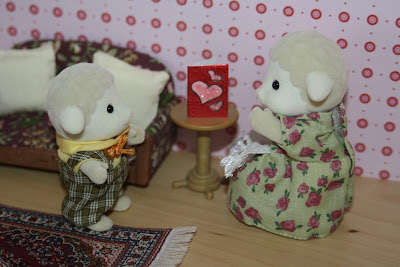 "I think we should display the card right over here," says Mrs Schaefer and puts the card on the little table next to the sofa. "It's so pretty!"
Then she looks at Danny thoughtfully and says, "Why don't you ask Paul to accompany us to the park some day after school?"

"I think that's a great idea, Mom!" replies Danny.
He can hardly wait to get to school tomorrow and see his friends again, including his new boyfriend Paul. :-)

Email ThisBlogThis!Share to TwitterShare to FacebookShare to Pinterest
Labels: My Miniature Cards, The Peachblossoms, The Schaefers, Valentine's Day