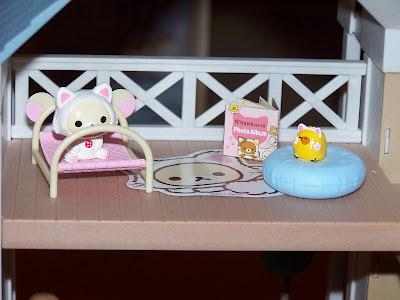 Who is this sitting on a comfy bed inside Riverside Lodge? It's Piggy, of course. But wasn't this once the Periwinkles' bathroom? Why has it been turned into a bedroom for cats?

The answer is that Piggy's arrival started a migration of stray cats to Riverside Lodge. The next kitty to arrive was Mittens, who you can see sitting on top of the blue cushion. The Periwinkles aren't even really sure whether he's a cat, but then it didn't matter to them. He turned up on their doorstep in need of help and that was that. 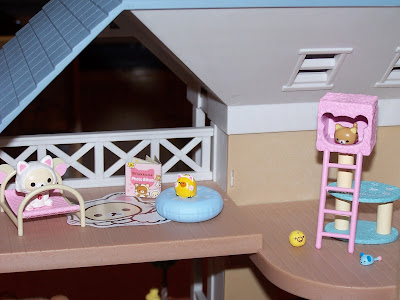 The next one to arrive was little Pip. Did you spot him yet? He is sitting inside the pink cat tree, playing hide-and-seek. 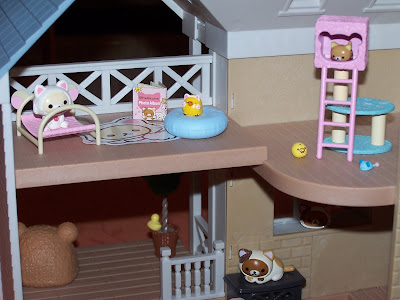 Another cat in need of a home was Joseph. He is downstairs relaxing on top of the warm stove. 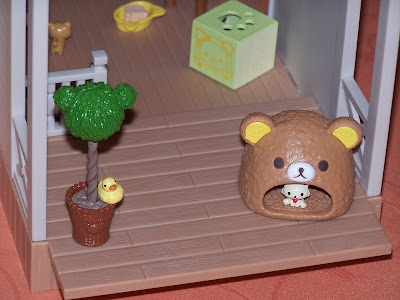 Little Molly was left on the Periwinkles' doorstep inside a basket. Apparently her former owners were no longer able to take care of her and had heard of the Periwinkles taking in stray cats. 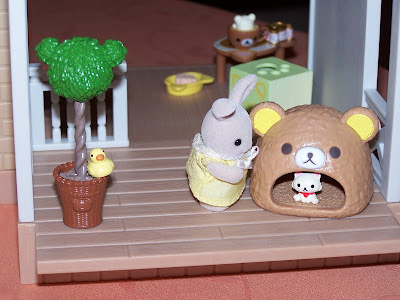 Jemima has fallen in love with the tiny cat and would like to cuddle Molly and carry her around. 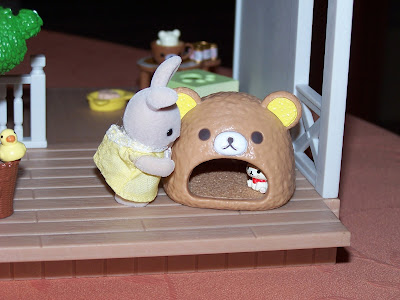 But Molly is still a little shy and creeps into the back of her Rilakkuma cat house as soon as Jemima comes too close. 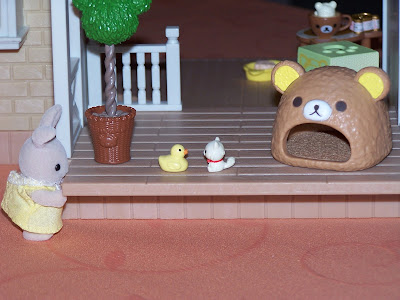 Jemima decides to see what will happen if she hides behind the step. After a while Molly walks onto the porch to greet Quackie. 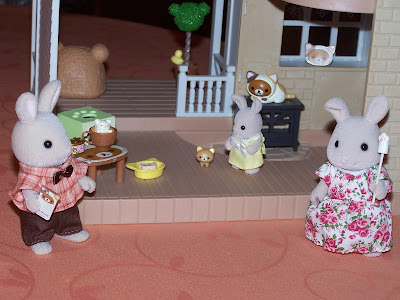 Pip is hungry. He has come downstairs to eat. Jemima accompanies him into what was formerly the Periwinkles' dining room. It is now the cats' dining room!

How can this be? Where are all the Periwinkles' furniture? Well, if you have ever lived inside a tiny wooden lodge with five sick and malnourished cats you would know that they do a lot of sneezing, pooping and chucking up... It simply didn't seem like a good idea to James and Julie to keep on  living there.

They love the cats, but they had to think of Jemima's health, too. So they moved in with the Babblebrooks, rented a garage where they put their beds, chairs, table, Jemima's toys, etc. into storage, and decided to turn Riverside Lodge into a cat shelter. 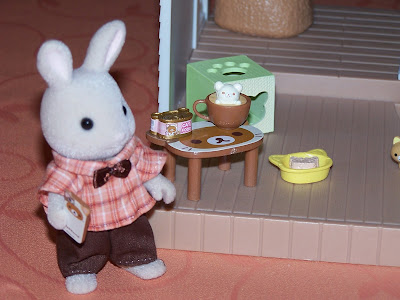 Today James is making photographs. The Periwinkles want to promote the shelter on facebook, in newspapers and magazines, so that people in and around Riverside will know where they can adopt a kitty. 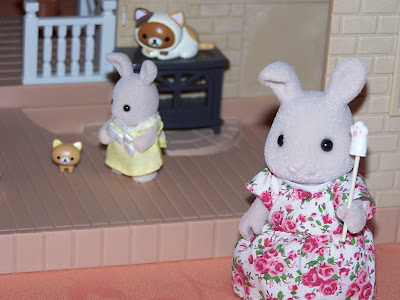 They will also be printing some leaflets. Julie is acting as a model for them. 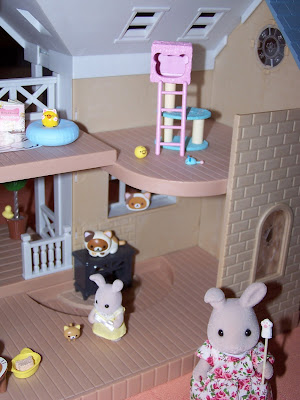 "But where are the Periwinkles going to live???" you may now be asking yourself. "Riverside Lodge was perfect for them and they were so happy there!!!"

All this is true, but I think you should come back for the next story and see for yourself how (sometimes) letting go of a good thing can allow for the beginning of another, even better thing... :) 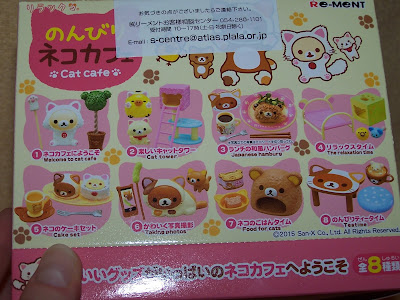 The miniatures featured in this story are part of the
Rilakkuma Cat Café Set.