I suppose you have been wondering how the citizens of Riverside are doing, and how the Hogwarts, the Periwinkles and everyone else is getting along. And WHY I haven't posted any news since June!! Well, the simple truth is that I have not been able to upload any posts, because life in Riverside has been busy, busy, busy. Another reason is that we have welcomed a new citizen and I have been asked to build him a house from scratch!

Without any further introduction I present to you FUDGE, the very first Biwubear to ever come to Riverside! 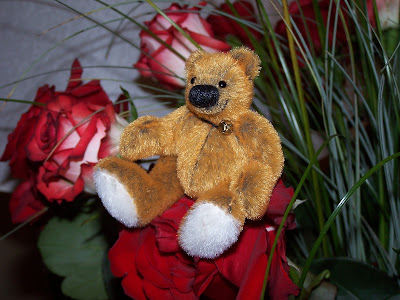 If you don't know what a Biwubear is, I urge you to visit Birgit's and Fluby's blog here to learn more about this special type of furry friend, as well as Birgit's special interest in dragons, witches, exotic miniature plants (with eyes!) and more! :) 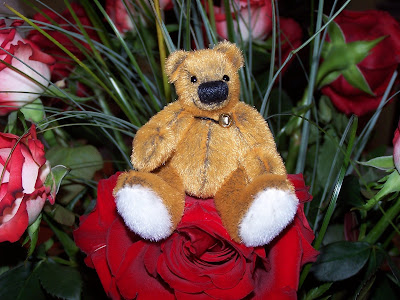 As I've said, this is my new little friend called ♥Fudge♥ and I am really happy he agreed to move to Riverside, because we are getting along splendidly.

Of course he was welcomed by the Periwinkles and the Hogwarts at the train station, unfortunately I was not able to arrive in time myself, so I couldn't take any pictures of their first encounter for you. But I met up with Fudge later on. 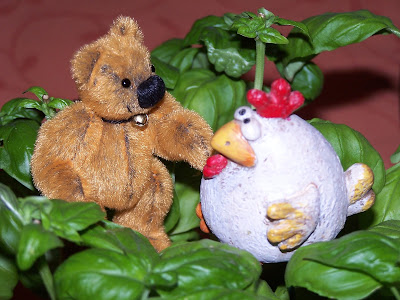 On his first day in Riverside he met a fat chicken while climbing into a pot of basil. 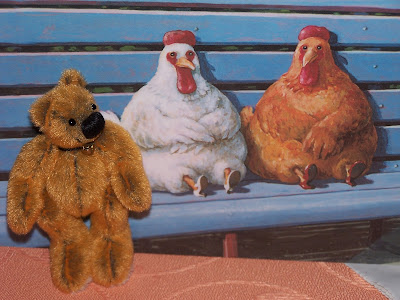 Then he met two more chickens on a bench at the bus stop. 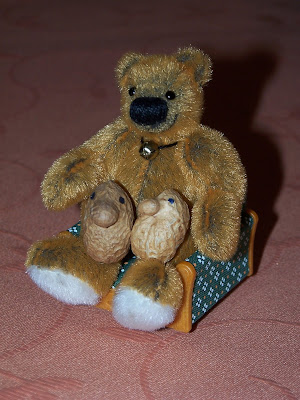 He also had a pleasant little chat with Mr and Mrs Peanut. 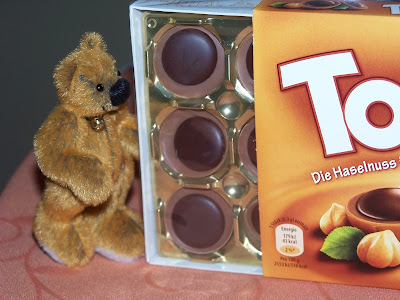 Finally, we unpacked and shared some of the delicious Toffifees he had brought along with him. They were a gift from Birgit. Thanks so much, Birgit, they were delicious!! :) 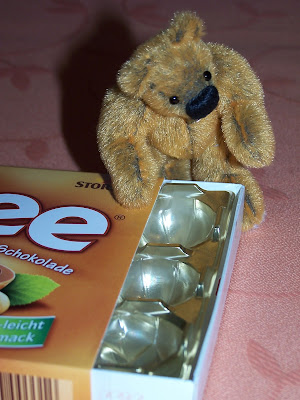 Later that afternoon Fudge didn't understand how the packet had emptied so quickly... I wasn't sure then, but I had the impression he looked at me with the tiniest bit of  reproach in his eyes. I had to remind him that he had been very hungry and had actually eaten most of the toffees himself. ;) I realised then, that Biwubears are really good at snarfing up sweets, but not so good at remembering. :D 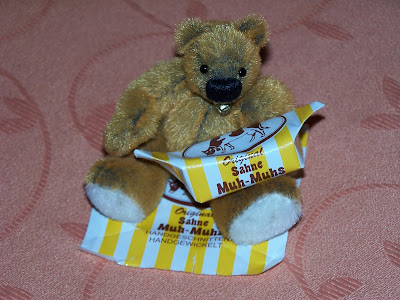 As Birgit has said many times, Biwubears are known to have a huge sweet tooth...
Which is why Fudge decided to have another piece of toffee for dessert, a "Sahne Muh Muh", to be precise. 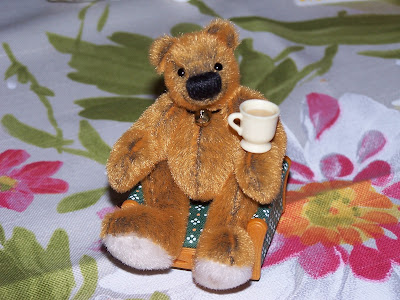 I'm really happy he has settled in so easily and that moving to a strange town has neither hurt his cheerfulness nor his appetite. :)) Look at him smiling while he's sipping his drink. :)

Special thanks and regards to Rosy, Fluby and Birgit!