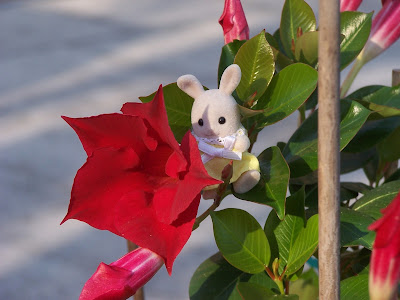 Finally ❤spring❤ is here and nature is full of budding and blooming flowers. 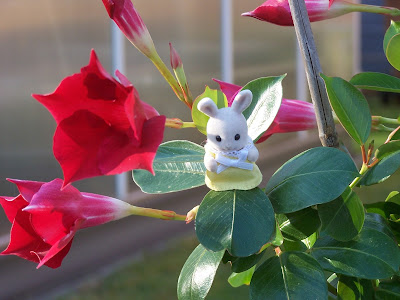 Little Jemima Periwinkle paid me a visit today and spent all day playing in the garden, pretending to be a flower fairy. 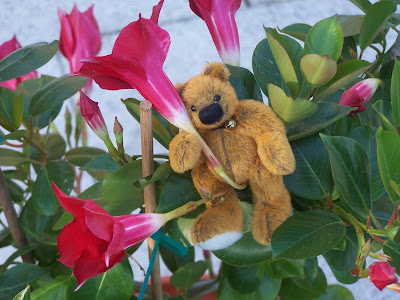 She brought along some friends. This is "flower fairy" Fudge. But where is his companion? 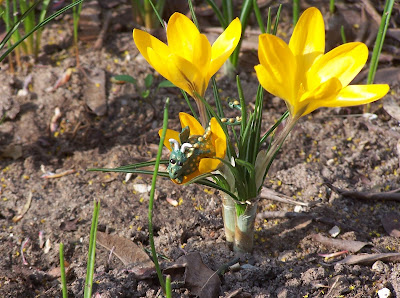 There he is! Pickles the flower fairy - I mean... Pickles the green dragon! - has found a cosy seat inside a yellow crocus. 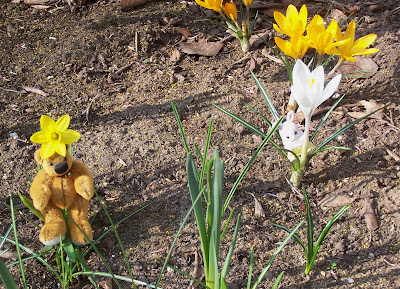 Fudge and Jemima don't think twice about joining him. 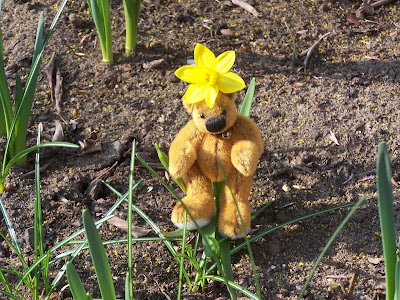 Fudge, as a fan of headwear, pretends to be presenting his new daffodil hat. 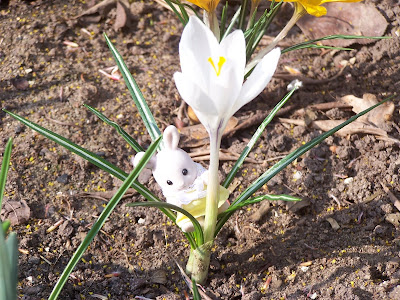 And Jemima believes to have found her spirit flower. It is just as pale as she is, with a touch of yellow. 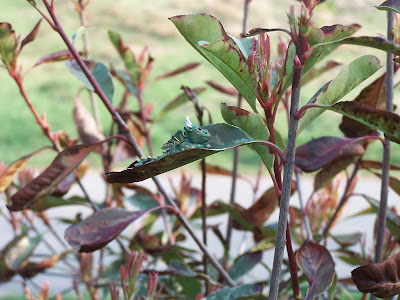 What is sitting on top of that leaf??
Is it a worm, is it a snail? No! It's Pickles the miniature dragon!!! 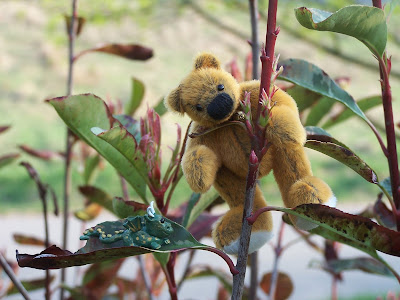 "There you are, Pickles!" pants Fudge as he arrives at the top of the branch. After a while he climbs back down to explore someplace else... 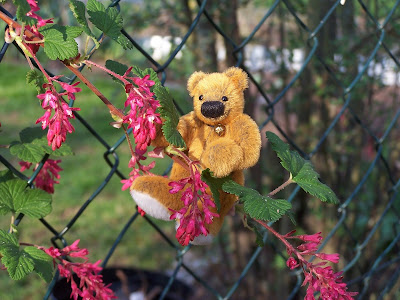 "Isn't this a wonderful day?" says the little Biwubear. "The garden is full of colours!" 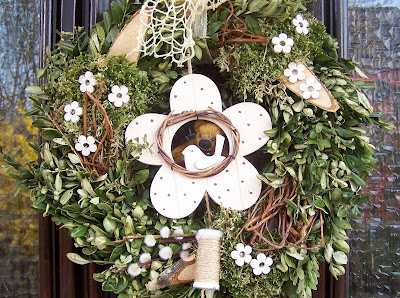 Later on the three play hide-and-seek inside my spring wreath. 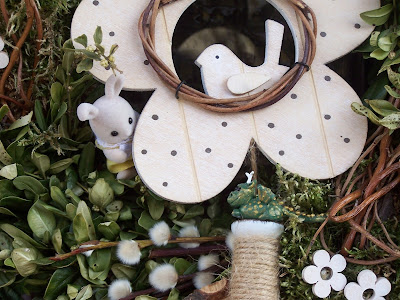 "Gotcha!" says Jemima as she discovers Pickles sitting on top of a spool. His skin serves for camouflage amid all the green, but Jemima is a very good seeker and finds him anyway. 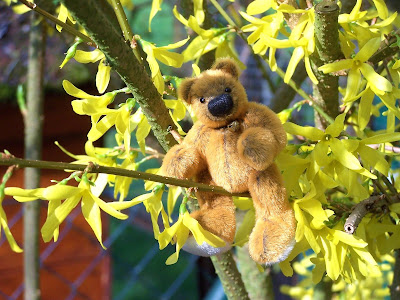 Fudge starts to hum a happy tune while sitting among the yellow flowers. 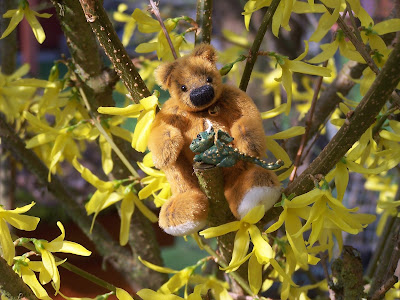 Pickles joins him and swings his tail to the beat. 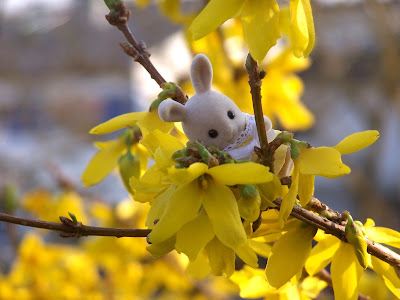 Jemima is also enjoying herself. 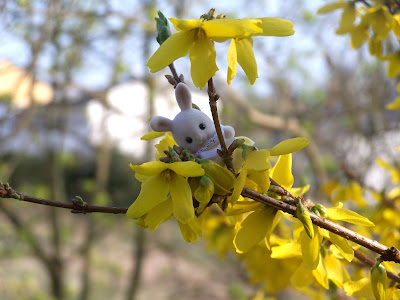 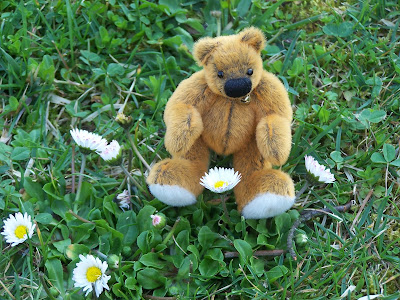 Finally, Fudge decides to sit down on the grass. 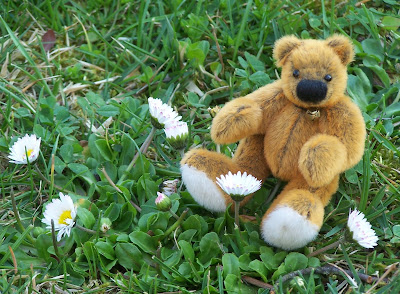 It's nice to relax and look at the daisies... 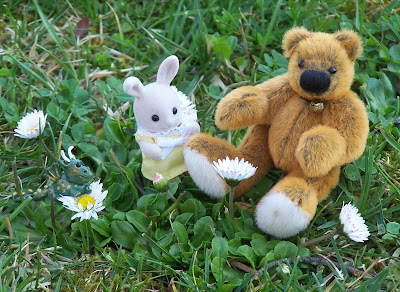 But it's even more enjoyable with friends!! 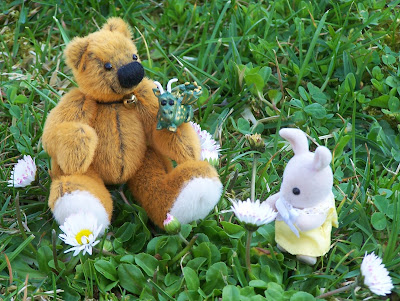 I hope you liked this outing with Jemima, Fudge and Pickles.

We wish you a very pleasant day!