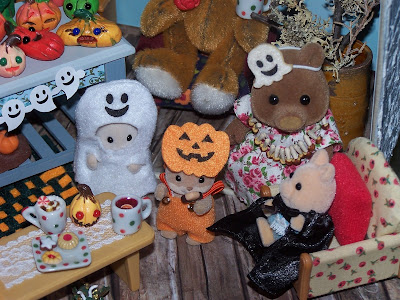 Helloooo, dear readers! Maybe you have asked yourselves, "what about Nina and Hester's annual autumn crafting session??" Well, here it is!!

The only change is that it is even better this year, because it is the first official "Autumn Crafting with Hester and Fudge" (that's me!). Isn't that great? 😊 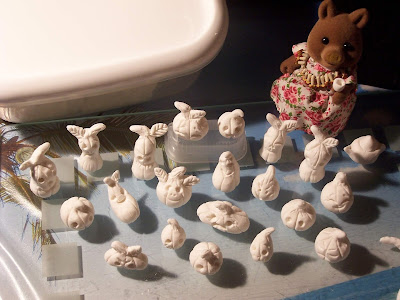 Here is the beginning. It started out with Nina and Hester and some lumps of air drying clay which they formed into pumpkins and a tea set. 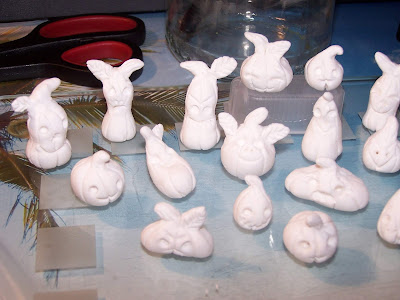 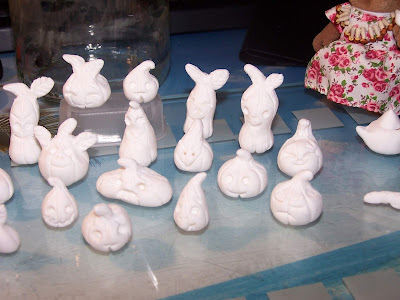 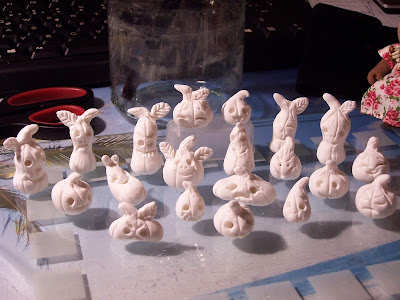 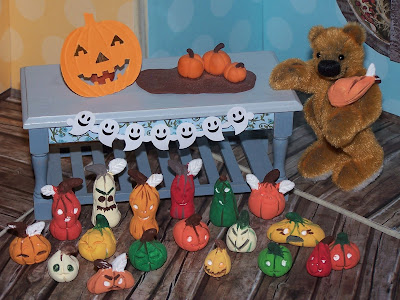 I joined in during the second stage. We gave the pumpkins their first coat of "skin colour". 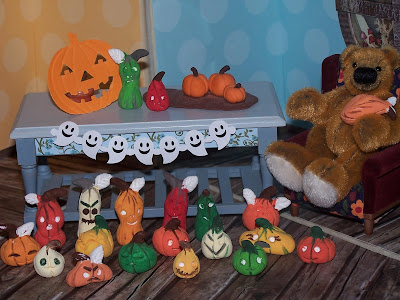 No, this is not a piece of ham I am holding - it is a particularly unhappy pumpkin. He did not react well to being painted. 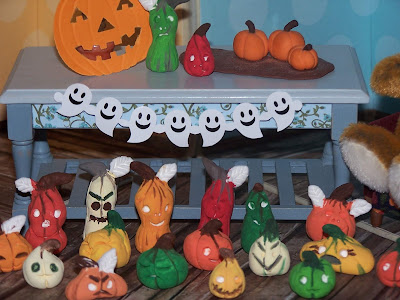 I was sure that Nina would sort it out, though. 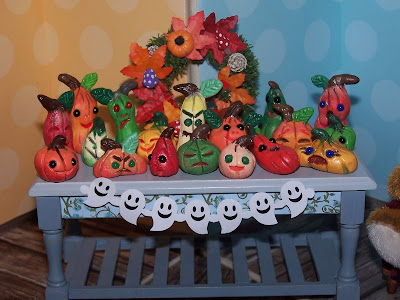 And I believe she did. Here are the pumpkins after receiving a second coat of colour, some glossy varnish and little shiny eyes.

"Ham-pumpkin" is the second from the right. He's looking rather pleased with himself now, wouldn't you say? 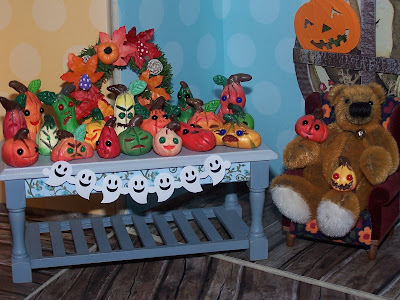 Sooo many pumpkins... So what exactly do you do when your entire cottage is filled with pumpkins?? 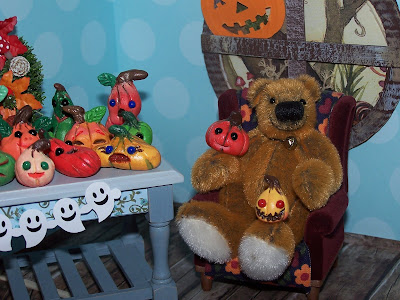 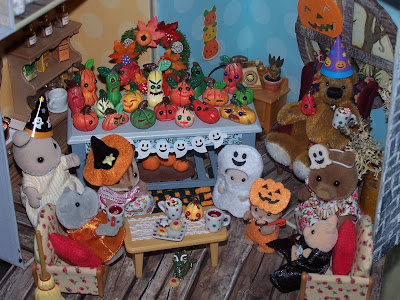 And that's exactly what Pickles and I did. 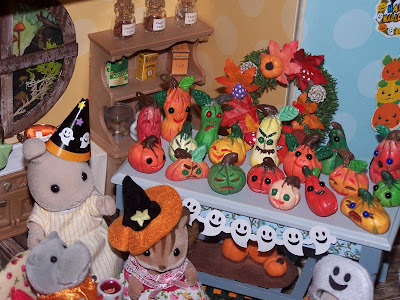 We invited Julie Periwinkle who came wearing a party hat with ghosts on it. 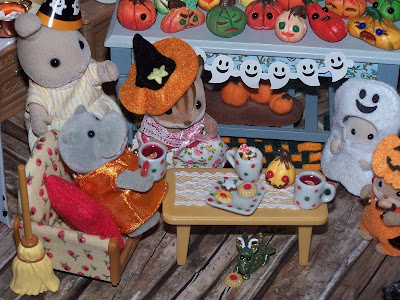 And of course we invited little Jemima Periwinkle, whom we almost didn't recognize underneath her super awesome ghost costume.

Some other guests were Rona Hazelnut wearing a witch's hat and Hippolina, who wore a beautiful orange dress and brought along a magic broom. 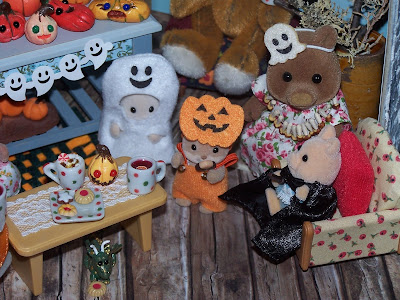 Rona's brother Ralfie came dressed as a jack-o'-lantern, Hester Hogwart wore the most delightful little ghost headband, and her son Henry was a proud Harry Potter showing off a shiny black cloak and a wand made from Holly. 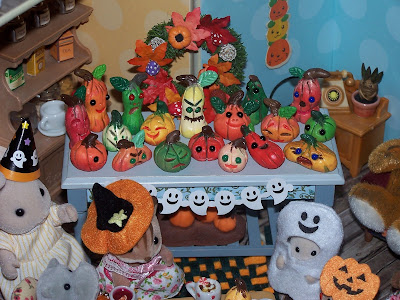 So - what exactly do you do at a pumpkin party, apart from dressing up in Halloween costumes? 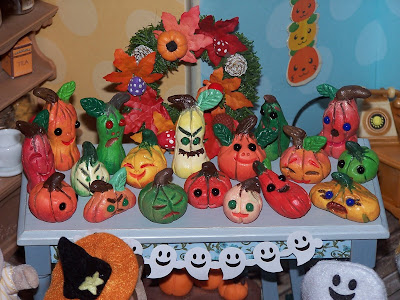 1. You dress up and meet your friends 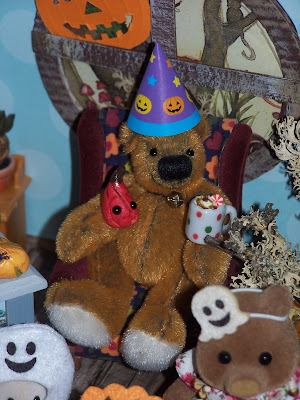 and 3. You have lots (and lots) of caramel pumpkin spice lattes!!!

AND HAPPY START OF NOVEMBER,

BUT BEFORE THAT - HAPPY HALLOWEEN !!!!