When Quackie got lost (Part 1)

This story is about the Periwinkle's trip to New York City. 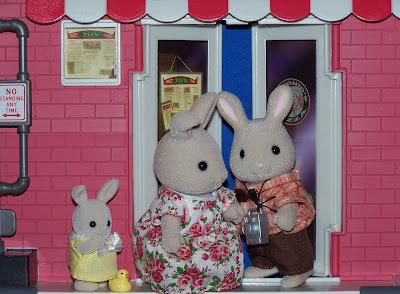 James, Julie and Jemima had spent the entire morning sightseeing and were now looking forward to trying New York's best pizza at "Antonio's". They had read about it in their tourist guide. They were just going to enter the restaurant when something very unfortunate happened. Quackie, Jemima's little duck slipped and fell into a hole along the sidewalk leading down into the sewers. 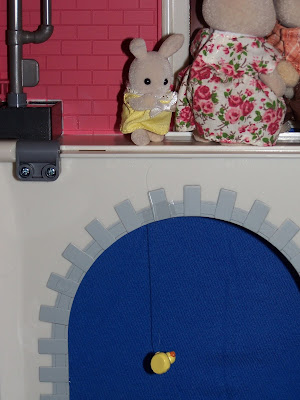 Never in the history of toys has a rubber duck let out such a high-pitched squeak of terror! 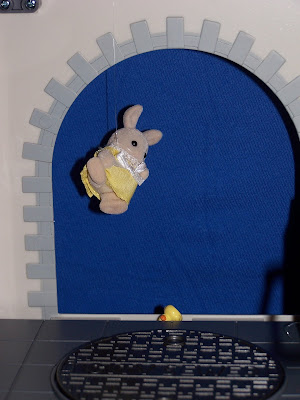 Jemima was instantly scared out of her mind, which was why, against her better judgement, instead of alerting her parents to what had happened, she took a deep breath and slid through the hole in the ground to save her best buddy. 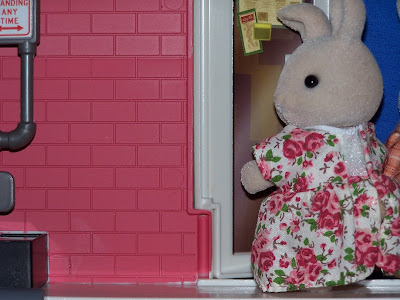 Julie was just going to enter "Antonio's" when she realized that Jemima was missing. Her heart made a terrible thump inside her chest. Where could she be? Had someone taken her? She had been right beside her a moment ago! 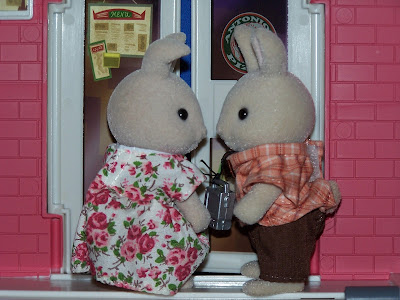 "James, where is Jemima?" she cried and James lost all the colour from his face as he realized his daughter had disappeared. 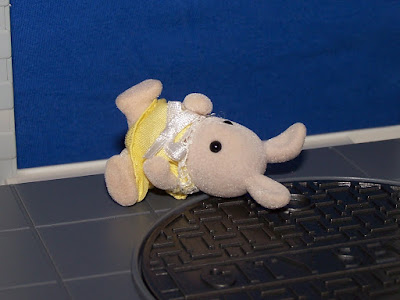 Meanwhile, little Jemima had landed roughly at the bottom of the sewer. Her bum was feeling rather sore, but she couldn't dawdle, she had to save Quackie and fast. 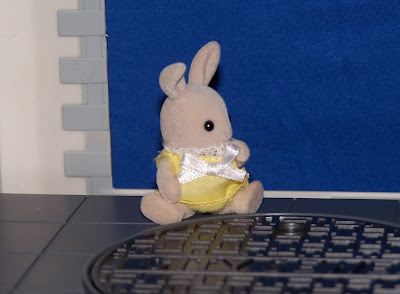 She sat up. Where was Quackie? She seemed to have vanished! 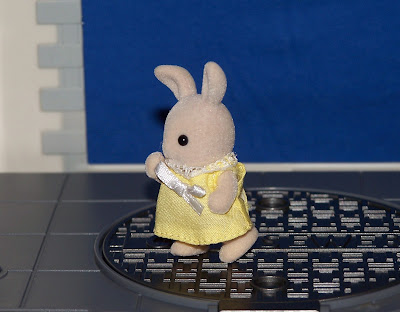 She looked to her right 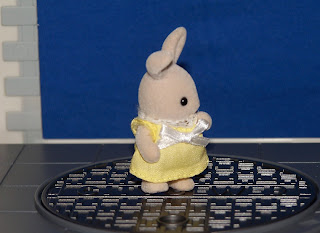 and then to her left and decided to climb up a ladder. Where could Quackie have gone? This place was cold and dark and Jemima thought it was very creepy. 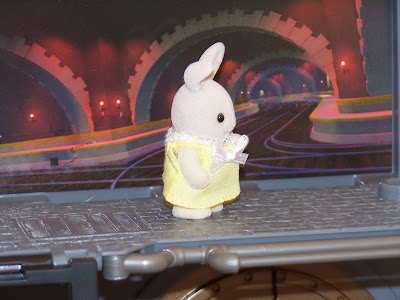 She walked along a dark tunnel until she reached a dead end. 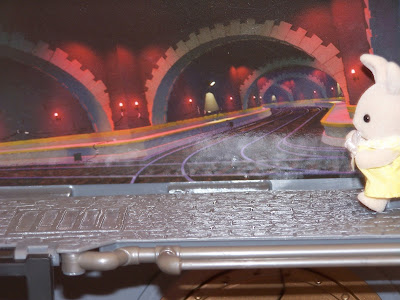 Then she turned around and started to run. 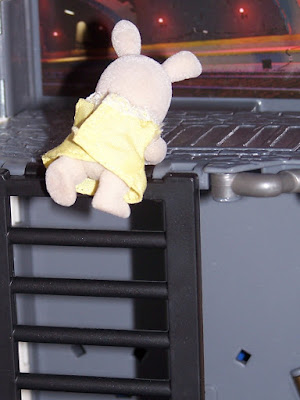 She went back down the ladder, 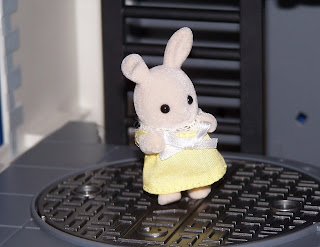 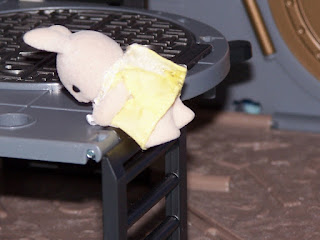 and climbed down even deeper into the canalisation. Quackie had to be here somewhere! 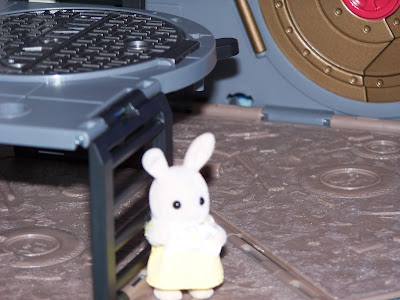 The air felt even colder and damper down here and there was a very unpleasant smell of waste and decay. "Quackie?" she called out. "Quackie!!" But there was no reply. 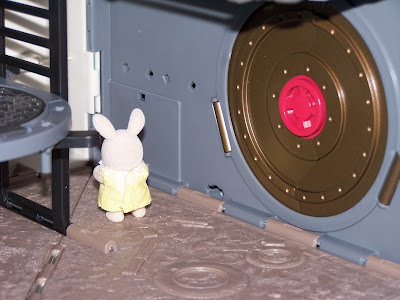 She went on walking until she came to another dead end. She was tired. She felt lonely and afraid. 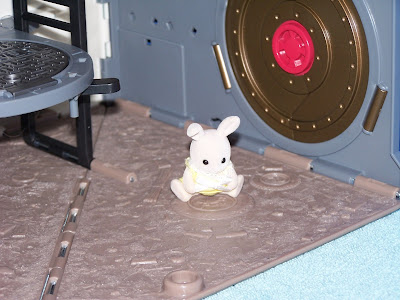 She sat down on the grey and slimy floor to rest for a moment. 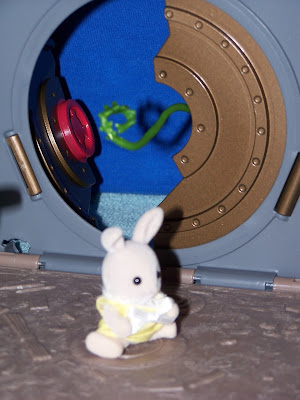 Suddenly, without Jemima noticing, a hatch behind her opened and something long, thin and green made its way toward the little rabbit. 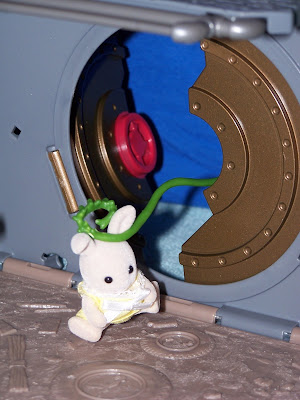 It picked up Jemima by the ear and carried her through the opening in the wall. 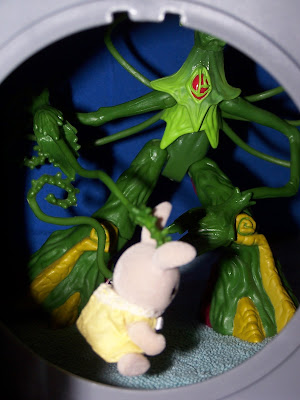 It looked like a plant, but it stood on two strong legs and had a red pulsating heart. 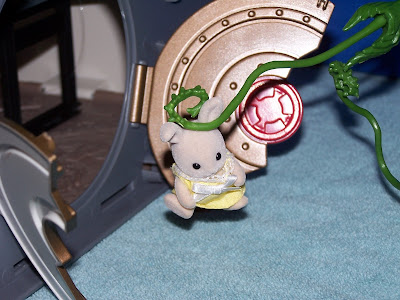 In case you have ever wondered what happens in Riverside on Good Friday - it's tradition for the owners of the Water Mill Bakery ...