I bet you would finally like to know what happened to Jemima after she disappeared from the Hogwarts' armchair inside their cottage!

(If you haven't read that part of the story, I urge you to read Part 1 of "Hester's Book of Spells" first.)

Here is what happened next... 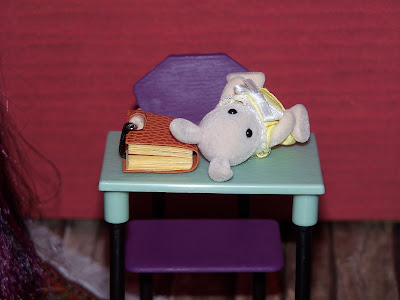 When Jemima opened her eyes she felt a hard, cold surface underneath her back. She opened her eyes. She seemed to be inside a room with dark red walls. 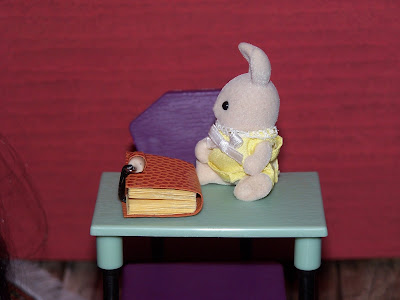 When she sat up and looked to her right she saw something very surprising. 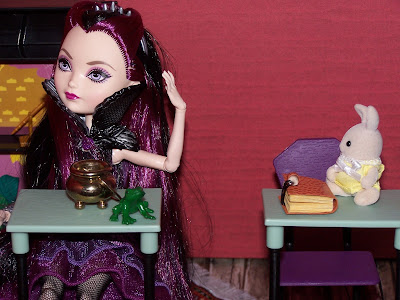 There was a person - a girl - sitting at a table next to hers. But it wasn't a Sylvanian or any other kind of animal girl. It was a human.

She was talking to herself and she seemed upset. "Think, think, think!... WHAT did I do wrong THIS time?... I must have forgotten SOMEthing."

Then the girl saw her. 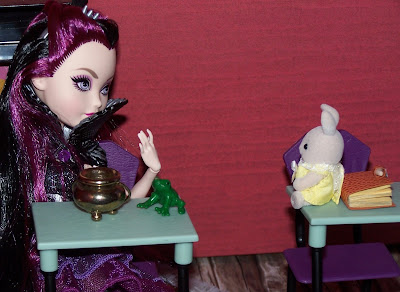 "Oh!! Who are you??" she asked the little rabbit baby that was staring at her. 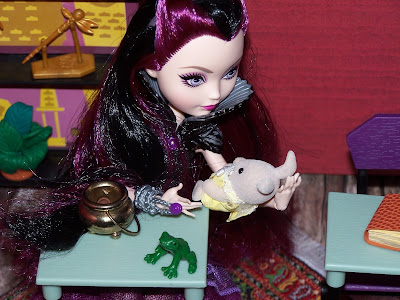 Then, she leaned over and picked Jemima up. She was surprised at how warm and satiny the little rabbit felt in her arms.

"Me Mima." Jemima said. "JA-mi-ma," she corrected herself.
"Lovely to meet you, Jemima. I'm Raven," said the girl. "Where did you come from?" 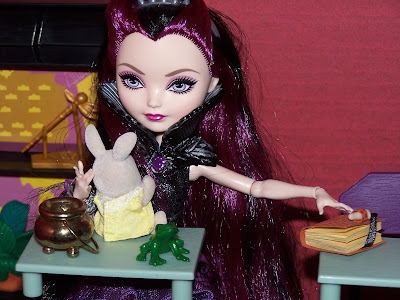 "You came from the BOOK? THIS book?" Raven asked. Jemima nodded. "How weird. It's my school spellbook. And I wasn't conjuring little rabbit girls at all! Actually, I am trying to conjure a dragon. A real live dragon. But look at what I've come up with so far..." Raven scowled. 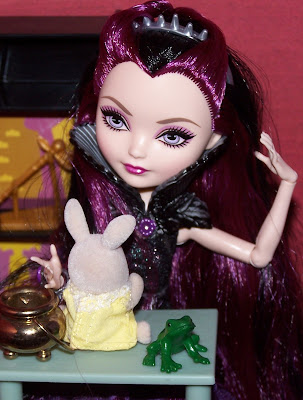 "What's da pwobwem?" Jemima asked.
"The problem is my Mom wants me to brush up on my dark magic and I also need to prepare for the Dragon Games, which is why I was trying to conjure a dragon."

"And look at what I have come up with so far!!" she added with exasperation. 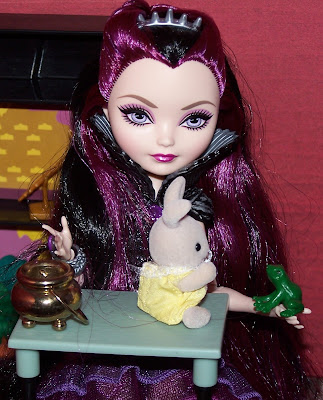 "I thought I had mixed the potion correctly and said the spell just like the book tells you to, but all I came up with is this pathetic ole frog. It's not even a TOAD! Ugh!"

"Oooh!" Jemima exclaimed admiringly. "But iss a vewy pootiful fwog!!" And she smiled. 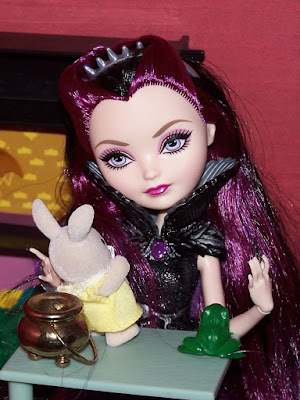 "Wow, you're more appreciative of my magic than anyone else has been all year... Do you think... I mean, you came out of my book, you say... Would you be willing to help me perform this spell right?" 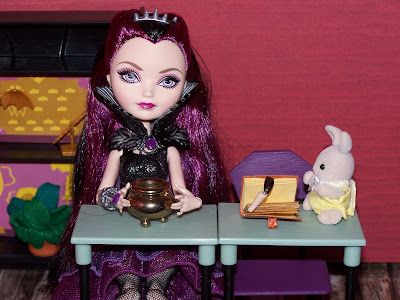 Together they mixed a new potion and Jemima listened as Raven spoke the words of the dragon spell. 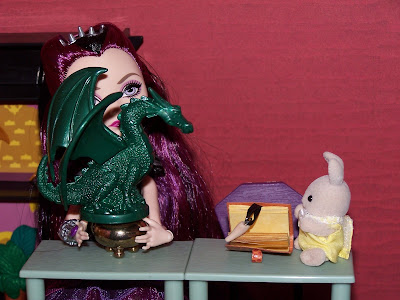 There was a loud swishing sound and then a "pop!" and suddenly there was a small green dragon sitting on top of Raven's magic pot. Though only the statue of a dragon, Raven was really happy about her progress. 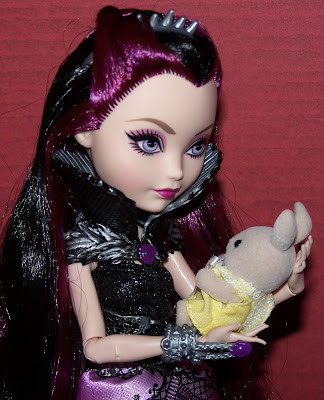 "You've been so helpful, Jemima, and such a good friend. Can I do anything for YOU now?"

"Wanna go home..." Jemima squeaked. While it had been a lot of fun meeting Raven, she was now starting to become overwhelmed with the experience of "book travel". 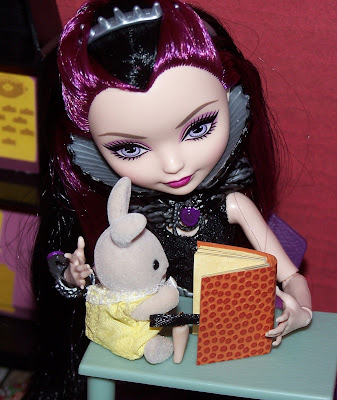 Raven knew that the best way to get Jemima back home was to make her read the spell that had gotten her here in the first place. She propped up the book in front of the little rabbit and Jemima opened the colourful pages showing those same beautiful drawings she had looked at back at the Hogwarts' cottage.

Once again she let the spell about Storyland read itself to her... 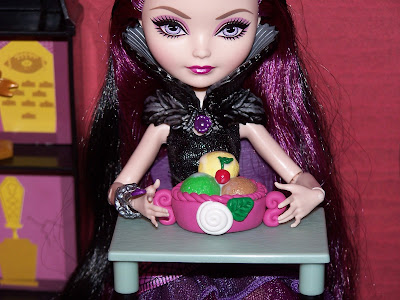 After Jemima left (and arrived back at the Hogwarts' safely - I checked!!), Raven was in such a good mood that she conjured up a bowl of ice cream. It included three scoops of her favourite flavours - woodruff, lemon and hazelnut.

What a pecualiar experience she had just had. Who would have thought she would make friends with a friendly little rabbit girl while studying dark magic?

Maybe this school year at Ever After High wouldn't turn out so bad at all!...

The ice cream bowl conjured up by Raven
was made by me from Fimo. 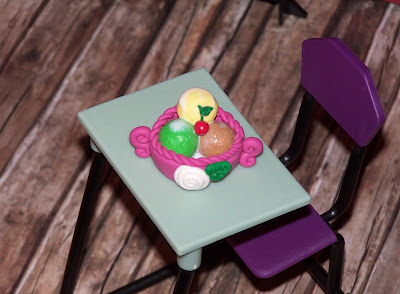 Email ThisBlogThis!Share to TwitterShare to FacebookShare to Pinterest
Labels: Ever After High, Jemima Periwinkle, My Fimo Miniatures