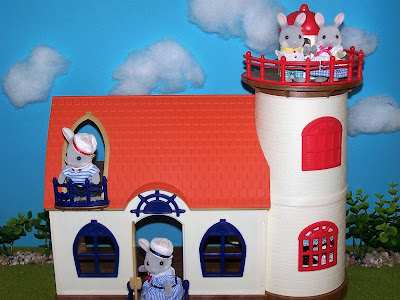 Let us welcome a new family to Riverside.
They are called the Mariners. 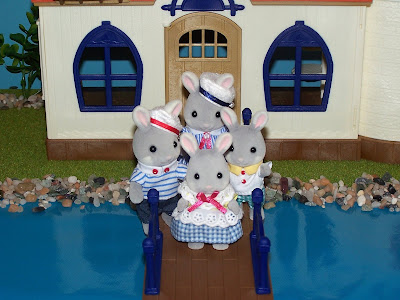 The Mariners are Oyster Rabbits.
Oyster Rabbits love to live on or near the sea. They are also excellent swimmers and divers and they love to eat seafood. 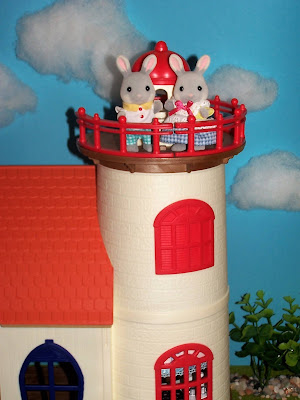 The Mariner children are called Matse and Madita. 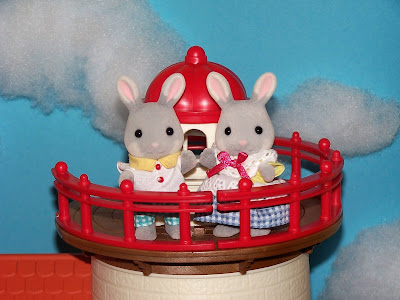 Matse and Madita were born on the ocean. They lived on a boat with their parents and travelled northern oceans. They are very excited to find out what it is like to live on land. 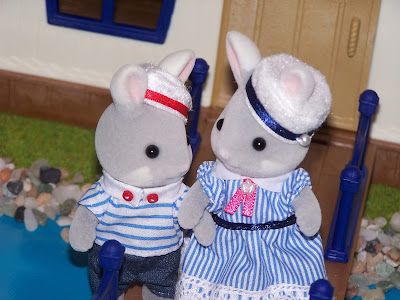 The parents are called Mikkel and Miri. They have built this beautiful lighthouse near the river for their family.
The river of Riverside does not need a lighthouse, but I guess the Mariners, being Oyster Rabbits, do. 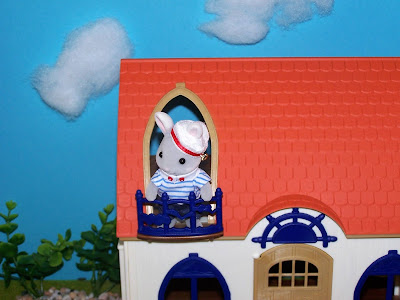 Mikkel was born into a long line of sailors. He is used to having calluses on the inside of his paws from steering a boat and to the tang of salt and algae travelling with the breeze and clinging to rabbits' clothing and furs.
His favourite dreams are of foaming waves and his favourite colour is blue. 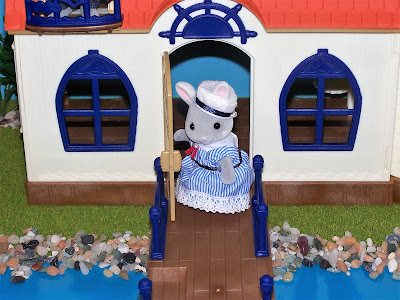 Miri used to live on an island in the southern oceans. She was a champion swimmer and diver in her youth and won the Golden Wave (the island's highest award for water sports) three years in a row.
Her favourite words are Matse and Madita.
Today the Mariners are checking on their new lighthouse. They need to get some furniture before they can move in. 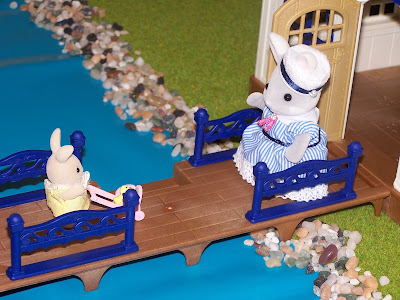 Suddenly a little beige rabbit is walking along the pier towards Miri. It's Jemima. She is pushing her toy pram in front of her with Quackie inside.
The Mariners have already met the Periwinkles.
"Hello, Jemima!" Miri says. "Are you coming for a visit?"
"Oh nooo," replies the little rabbit girl. "I come for staying. Mommy want bath me every day this week, so I run away. I stay with you now." 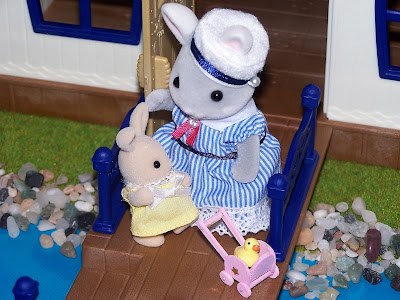 "Oh dear," smiles Miri. "Don't you like to bath? It makes you smell good and your fur shine."
"Nuh-uh. I don't like wodah."
"What about Quackie? I'm sure she likes water!" Miri says optimistically.
"Quackie only likes the river and the pond. No bathtubs," Jemima says firmly. 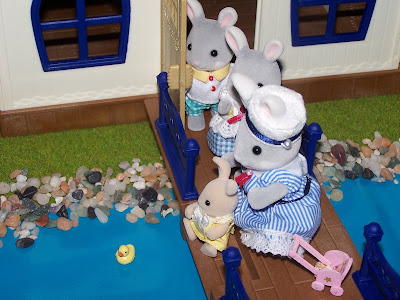 "All right," Miri proposes, "then why don't you let Quackie take a swim right here in the river? I'm sure she'll be grateful for the exercise."
Quackie seems very happy indeed, as she swims in the water next to the pier in little circles. She looks at Jemima as if to say, "come and join me!"
"I think she wants you to swim with her," says Miri. "But the water is still very cold. You should wait until the summer."
Then Miri explains to Jemima all the wonderful things you can do in the water. Synchronized swimming and water ballet. Water skiing. Snorkelling and diving. Beach ball and water aerobics. Or simply lying on your back and letting the water carry you. You can swim in competition or search for a long lost underwater treasure... 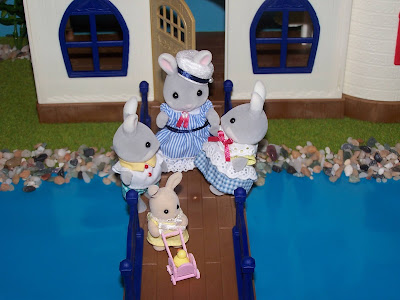 After a while, Jemima takes Quackie out of the water and pops her back into the pram. She gets up and tells Miri that she will give the bathtub another try, maybe there is pirate treasure stuck somewhere at the bottom of it.
"My dears," Miri says to Matse and Madita, "could you please accompany Jemima back home?"
"Sure Mom!" The siblings reply. 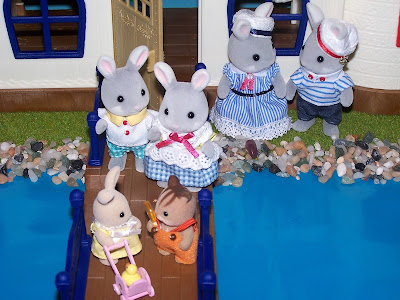 All of a sudden Ralfie Hazelnut appears on the wooden pier, a little out of breath. "Your momma told me to find you. She thought you might be at the lighthouse. Are you goin' away, Jemima?" Ralfie frets. 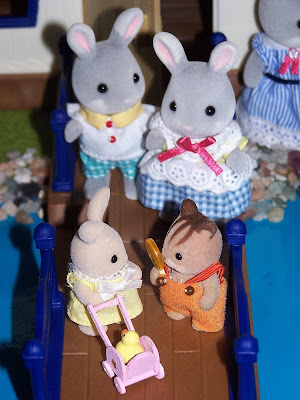 "No Ralfie," Jemima answers. "Just home now, to da bathtub. Wanna come too? I think you should, you look real dirty." 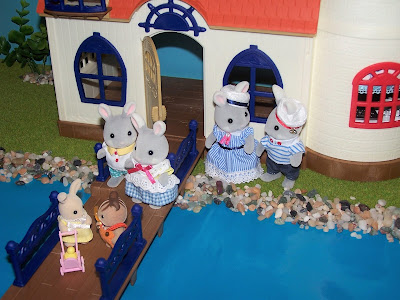 "Aww, I don't like bathing so much...", Ralfie says evasively.
"You can play with my little pony after...," Jemima adds astutely. She knows he loves to play with her ponies, because he always asks about them when he is at her house, admiring her collection and combing the ponies' hair.
"Okay", replies Ralfie while sucking on his lollipop and off the four children go to Jemima's house. 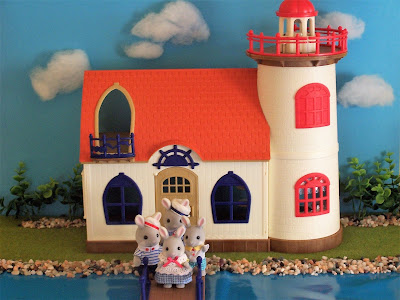