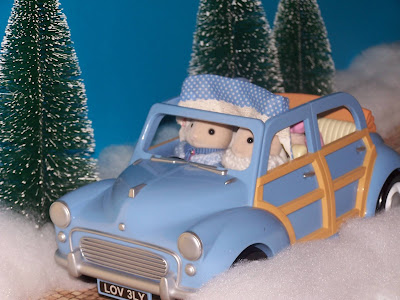 It was another cold winter's day in Riverside with several degrees celcius below zero, so nobody (who could help it) would go anywhere on foot.

The Periwinkles decided to go for a little drive. Their car was a convertible and, unfortunately, the roof's mechanism had broken the day before, so they had to create an alternative using a blanket for James and Julie and a scarf for the children. 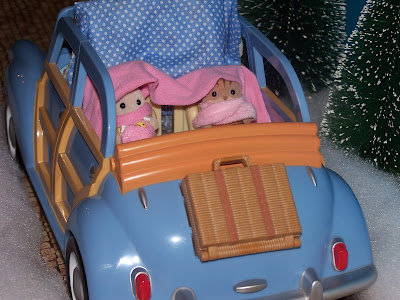 Jemima's best friend Ralfie Hazelnut was staying over for the weekend, so he came along for the ride, as well as Quackie, Jemima's rubber duck. 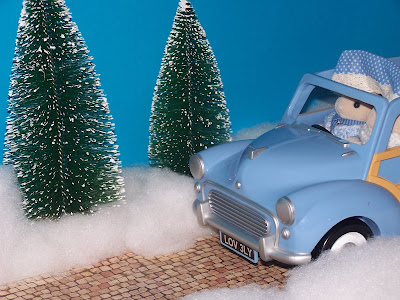 The car radio was playing one of Jemima's cassettes and the children were singing to the intro of "Lamb Chop's Play Along", Jemima's favourite childrens' TV show. 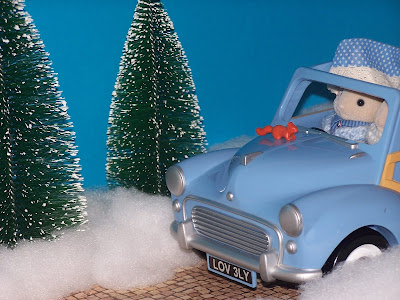 Suddenly something furry and orange landed on the car's engine hood. James hit the brakes.
It was a red squirrel and it seemed to be clamouring about something. It was normal for squirrels in Riverside to seem to be chattering, but this one sounded like it was speaking English! 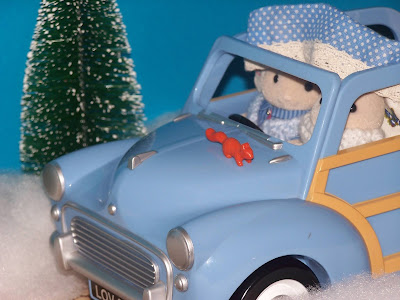 "I'm late, I'm late - don't burn me on the grate!
I hope you can forgive me love, for I will compensate!" 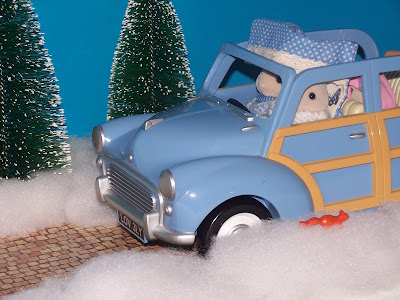 James and Julie gazed at each other in disbelief and then returned to stare at the squirrel, that had crossed the engine hood and landed on the other side of the street, on top of the high mound of snow. 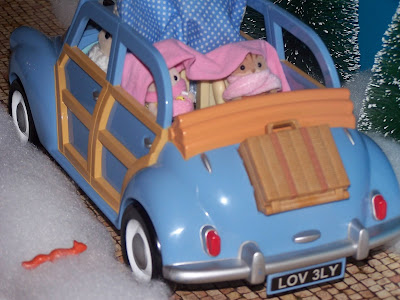 It turned toward the opposite side of the street again and went on chattering:

"I'm late, I'm late - bad breaks accumulate!
If you should not believe me hon, then no one will relate!"

This time, everyone heard it even more clearly.

"Mommydaddy, squirrel's in a rush!" Jemima exclaimed. Ralfie nodded energetically. Though they were certainly intrigued, they were not as jaw-droppingly amazed as the parents at talking forest animals.

James and Julie stared at each other one more time. Julie whispered, "Am I the only one getting rather strong Alice vibes here?" she asked, probably referring to the White Rabbit from Alice's Adventures in Wonderland. And then, in the unreasonable way adults often have (even when they are rabbits in Sylvania), they shook their heads once more in disbelief and chose to forget all about the incident in a sudden attack of amnesia. 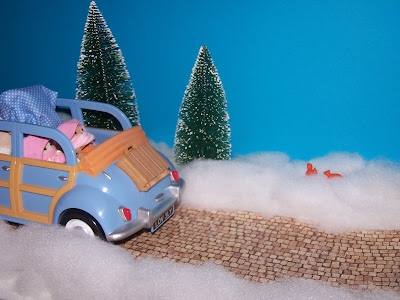 Ralfie and Jemima on the other hand spent a while pondering the squirrel's words. They guessed that Mr. Squirrel was referring to his wife when he said "love" and "hon".
As James resumed driving, the children saw the squirrel cross the road once more and join another one of his kind on top of a heap of snow. If it was his spouse, they hoped she would believe whatever it was that had happened to him and, more importantly, forgive him for being so late, because they did not want her to fry him.