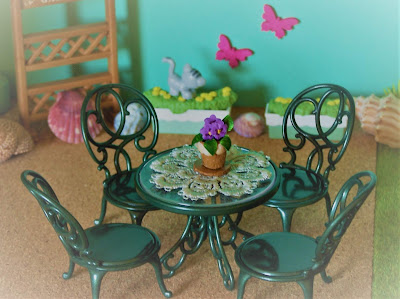 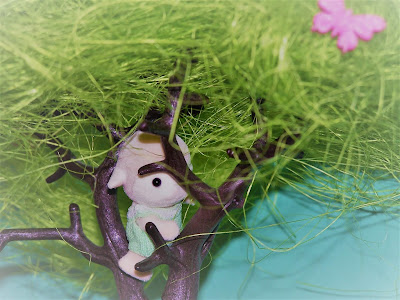 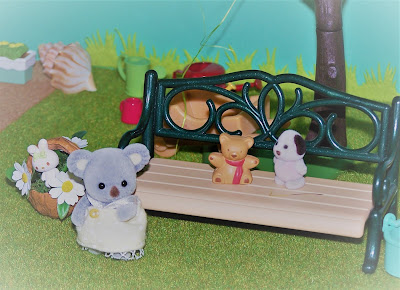 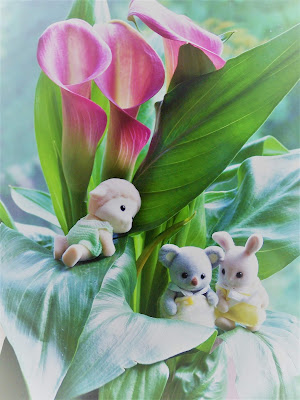 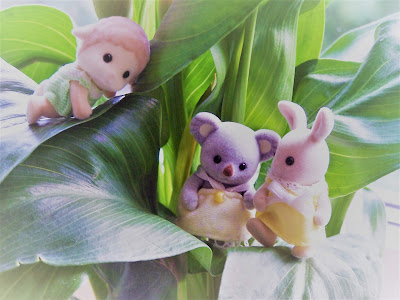 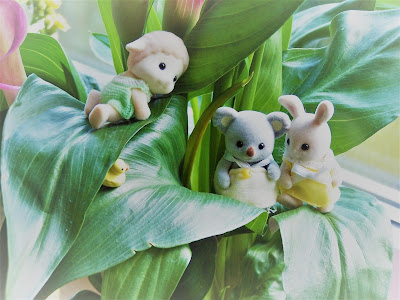 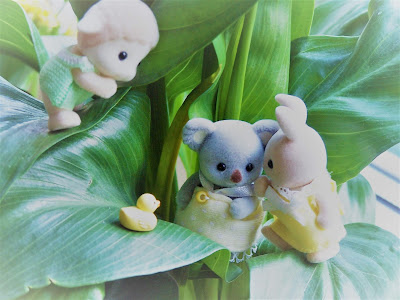 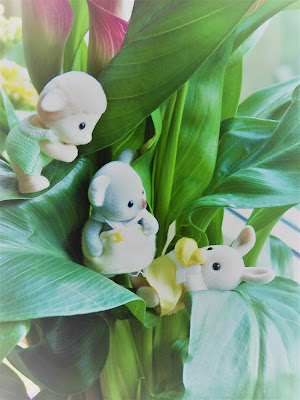 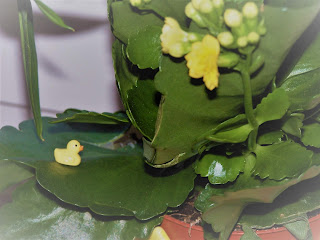 Have you seen the Periwinkles' new garden? 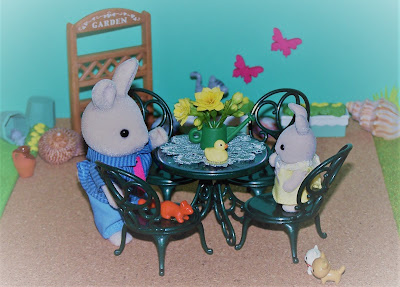 James and Jemima are looking at the flower bouquet Jemima got for her birthday in May.
As you can see, James has used the sea shells we received from Emily in Dandelion Creek to decorate the lawn. I love how they look!

Molly and Pip, the two kittens, are having a staring contest with a red squirrel. 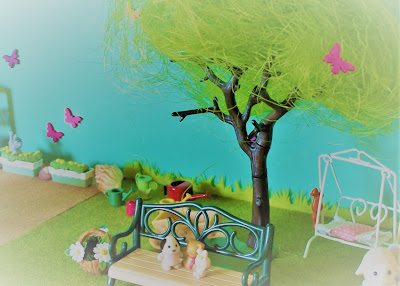 This is what the garden looked like on the day of Jemima's party.

Do your Sylvanian villages have spaghetti trees? Riverside has a few, and one of them is growing on the Periwinkles' lawn. 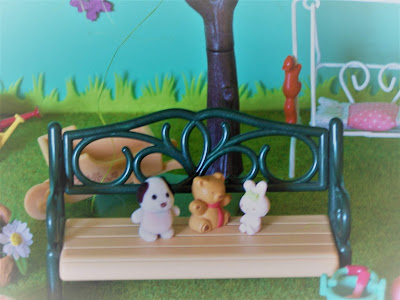 Jemima invited her very best friends to come over and play, and her favourite toys were allowed to sit on the bench and watch. Hans (a teddy bear), Pink Sally (a stuffed rabbit) and a cute little dog named Button, who had gone lost for a looong time and who somehow found his way back to the Periwinkles.

(I don't suppose anyone remembers, but Santa got him for Jemima at the Christmas Market and he was included in a single story and then never seen again! I wonder where he was during his absence and whether he experienced any adventures...) 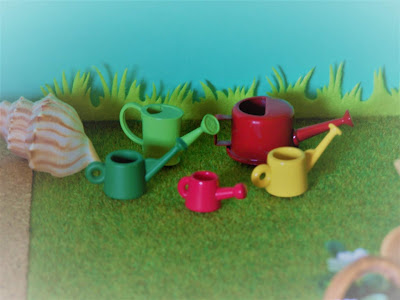 Here you can see James' beloved collection of watering cans. Don't they look like a family? Mother, father, two siblings and a baby. 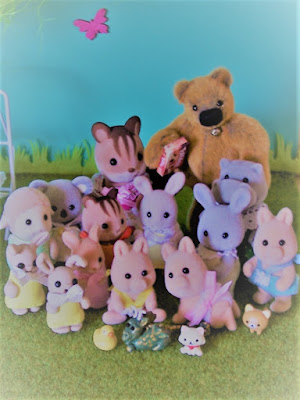 This is the photo James took of Jemima and her friends. If you are a regular reader you might have noticed a new face... It is a little grey hippopotamus standing in between Toby Babblebrook and Fudge. She is called Hippolina and was given to the Riversiders for adoption from Fudge's former mother, Birgit.